Dr. Daniel J. Scholz was named the 10th president in Cardinal Stritch University on June 24, 2021. He had served as acting/interim president of the University since May 2020. He also was Stritch’s Vice President of Academic Affairs since 2018.

Scholz joined the University in 2004 and has served as a tenured faculty member and chair of the Religious Studies department, executive director of the Saint Clare Center for Ministry and Leadership, and dean of the College of Arts and Sciences.

“I am humbled by this opportunity and am honored to be asked to fill this leadership role,” said Scholz. “I look forward to working closely with the Sisters of St. Francis of Assisi and the Board of Trustees to ensure the rich legacy of our University is not just preserved, but built upon. I value Stritch’s mission and am committed to the success of our students, faculty and staff and all members of the Stritch family.”

Scholz has more than 35 years of teaching experience at high school, college and graduate school levels. He began teaching theology in 1985 at Pius XI High School where he also served as theology department chair for 10 years. He taught biblical studies at Saint Francis de Sales Seminary for six years before coming to Stritch.

A native of West Allis, Wis., Scholz earned a bachelor’s degree from the University of Wisconsin-Eau Claire in psychology and comparative religions in 1982 and a master’s degree in Christian theology from Mundelein College in 1985. He received a doctorate from Marquette University in 1997 in biblical theology. Scholz is an active member of the Catholic Biblical Society and the Society of Biblical Literature. He has published three books with Anselm Academic:

He was appointed to the Association of Franciscan Colleges and Universities (AFCU) Board of Directors at the 2022 AFCU Annual Meeting.

He and his wife Bonnie have three adult children and belong to Christ King Parish in Wauwatosa. 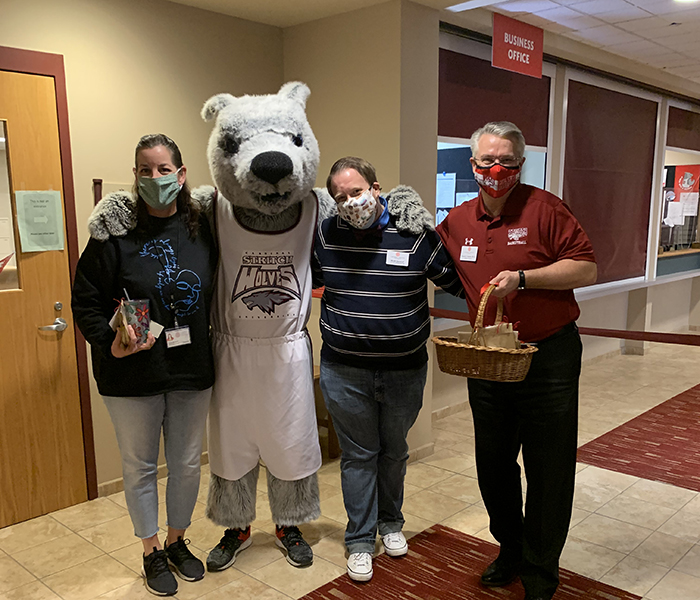 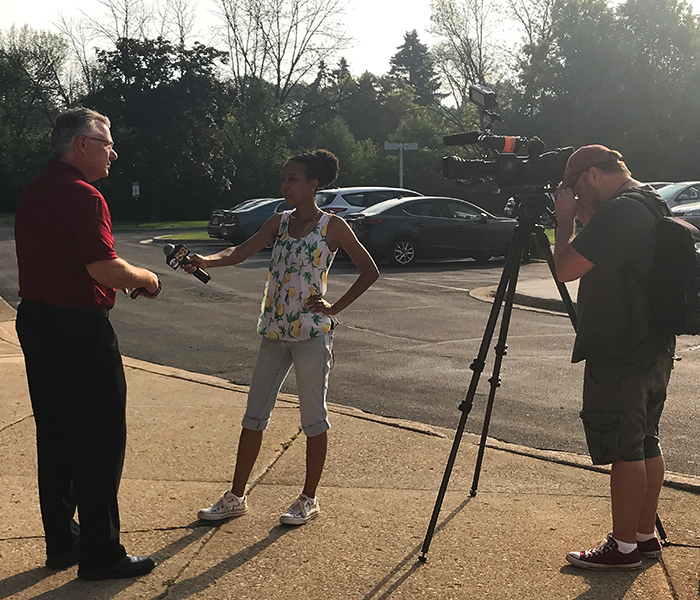 Dr. Dan Scholz is interviewed by Kim Shine of CBS 58 on 2021 Move-In Day and previews the upcoming academic year. 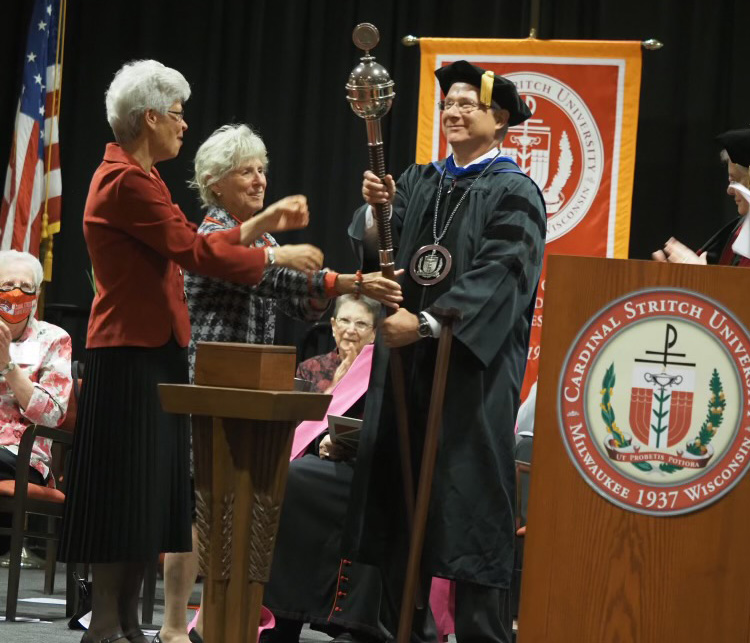 President Dan Scholz accepts the mace, a symbol of academic authority, during his inauguration ceremony on October 5, 2021.

Students, faculty and staff see Dr. Scholz's leadership in action on campus. He is a passionate advocate for the University and all members of the Stritch family.