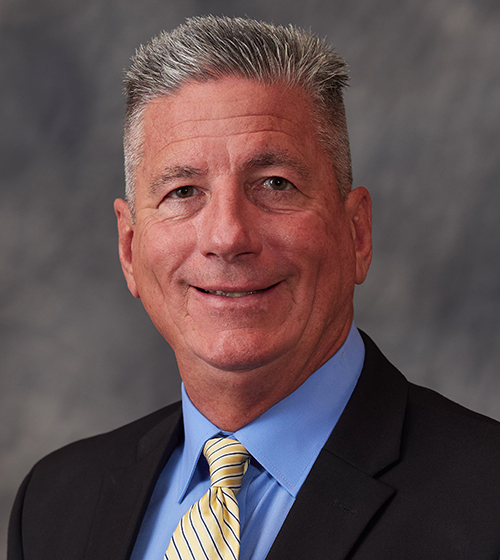 Jeff has over 40 years of not-for-profit experience and has served as the Vice President for Institutional Advancement at Cardinal Stritch University since September of 2022.

Before arriving at Stritch, he was the Executive Director of the Highland Community College Foundation in Freeport, Ill., for five years. Prior to that role he served as Assistant Vice President of Major Gifts for the Alexian Brothers Foundation and AMITA Health in Chicago where he oversaw the Major Gifts program for a $28 million behavioral health campaign.

Jeff also served as the Director of Development at Keith Country Day School in Rockford, Ill., where he was responsible for coordinating the school’s annual fund campaign and the annual Classics & Chrome Car Show.

Prior to arriving at Keith, he worked for the YMCA of Rock River Valley, located in northern Illinois, for seven years where he served as both the Executive Director of the I.D. Pennock Branch and Vice President of Development. While with the YMCA, he coordinated the annual Strong Kids Campaign and the Northeast Branch capital campaign which generated over $5 million to build a new facility on the northeast side of Rockford, Ill. He also organized and coordinated the first Gus Macker Youth Basketball tournament, raising over $100,000 over a four-year period.

Jeff began his not-for-profit career with the Muscular Dystrophy Association where he eventually assumed the role of District Director and was responsible for coordinating the Annual Labor Day Telethon.

He left MDA to accept the position of Executive Director for the Rockford (Ill.) Area Office of the American Cancer Society. There he introduced Hoops For Life, a 3-on-3 basketball tournament that generated over $30,000 locally and eventually grew into a statewide event and was held in 22 different communities. He also was responsible for coordinating the inaugural Relay For Life in Winnebago and Stephenson counties and served on the Executive Vice President Advisory Council for the Illinois Division of the American Cancer Society.

Jeff graduated from the University of Wisconsin-Oshkosh with a bachelor’s degree in Journalism and Marketing. He then accepted a position as the Sports Editor of the Dixon Evening Telegraph in Dixon, Ill., where he worked for three years covering all high school sports throughout northern Illinois.

Jeff resides in Winnebago, Ill., with his wife Chris who is a 2nd grade teacher for the Winnebago School District. They have five children and four granddaughters. Hi son, Matt, is a 2017 Stritch graduate and was a member of the men's basketball team. Jeff's interests include his family, biking, travel and a love for the game of basketball where he has coached, played and watched (his children) for over 25 years.