Dr. Daniel J. Scholz was inaugurated as Cardinal Stritch University's 10th president on Tuesday, October 5, 2021, in a ceremony in the Sister Camille Kliebhan Conference Center on the Stritch campus.

Administrative team members of the Congregation of the Sisters of St. Francis of Assisi, who founded and sponsor Stritch, and Dr. Mary Kellner, ’07, and Gerard Randall, co-chairs of the University’s Board of Trustees, officially inaugurated Scholz as the University’s 10th president.

Additional members of the University community shared greetings and remarks. Milwaukee Archbishop Jerome E. Listecki celebrated Mass and shared a blessing of Dr. Scholz during the ceremony, which followed the conclusion of Mass. 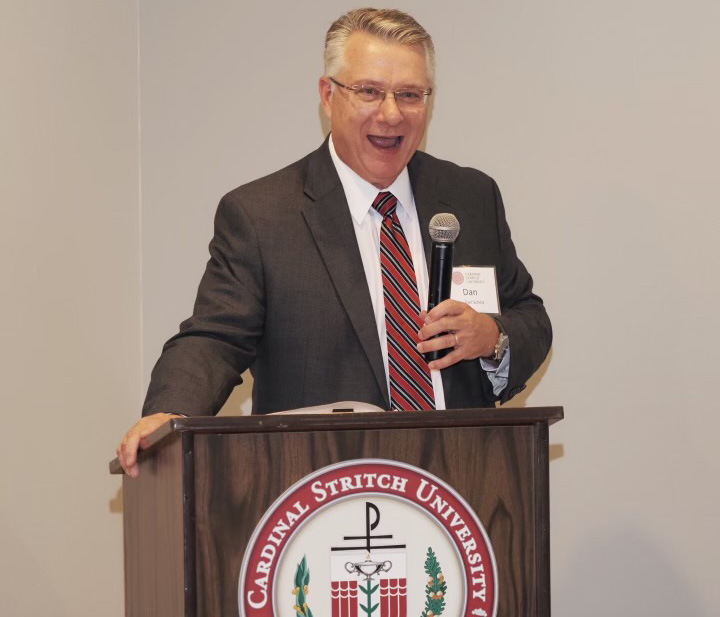 Dr. Dan Scholz addressed guests at a luncheon reception prior to the Oct. 5 Mass and Inauguration Ceremony. 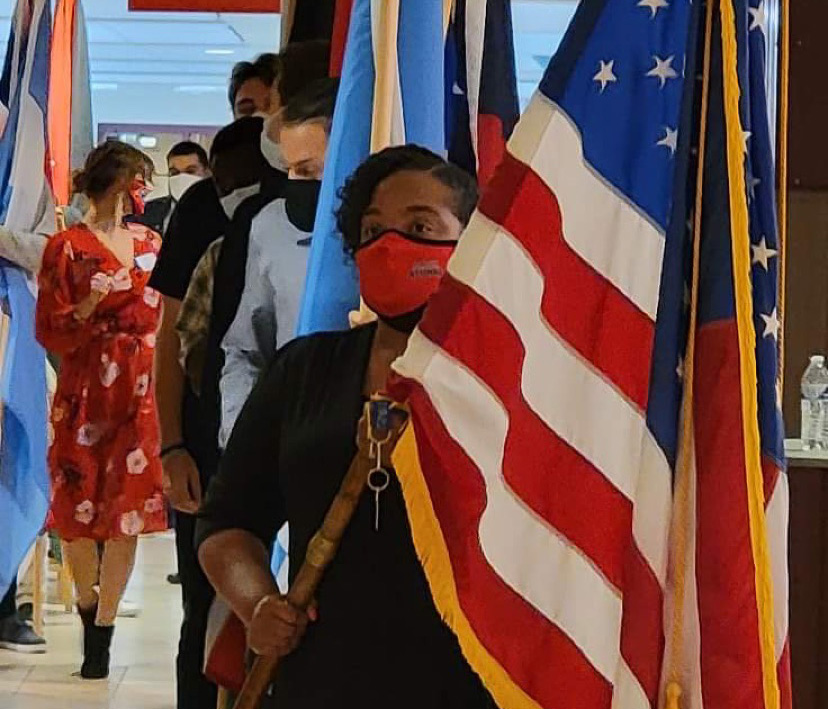 Tamara Walker, '10, '17, a U.S. Army veteran and Stritch's assistant director of financial aid, was the U.S. flag bearer in a procession of flags prior to the start of the Inauguration Ceremony. Dr. Corey Thompson, '07, President of the Stritch Faculty Council, with the University mace.

Sister Diana DeBruin, OSF, and Dr. Mary Kellner, '07, present Dr. Dan Scholz with the University mace, signifying he has been entrusted with the care and protection of Stritch's academic, human, spiritual, financial and physical resources. 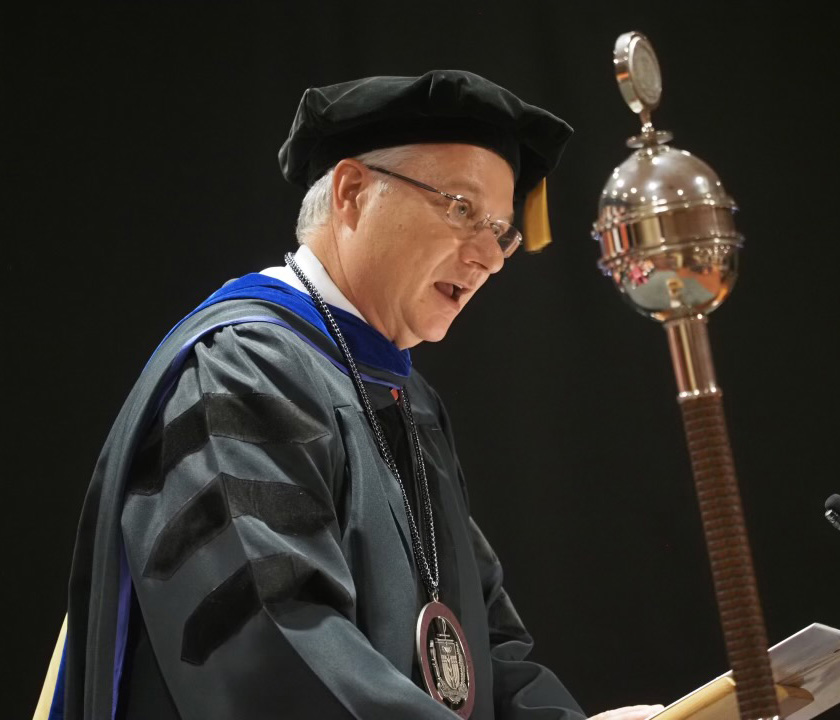