Each season, Cardinal Stritch University presents an eclectic mix of theater and music events featuring the inspired work of its talented students and faculty. 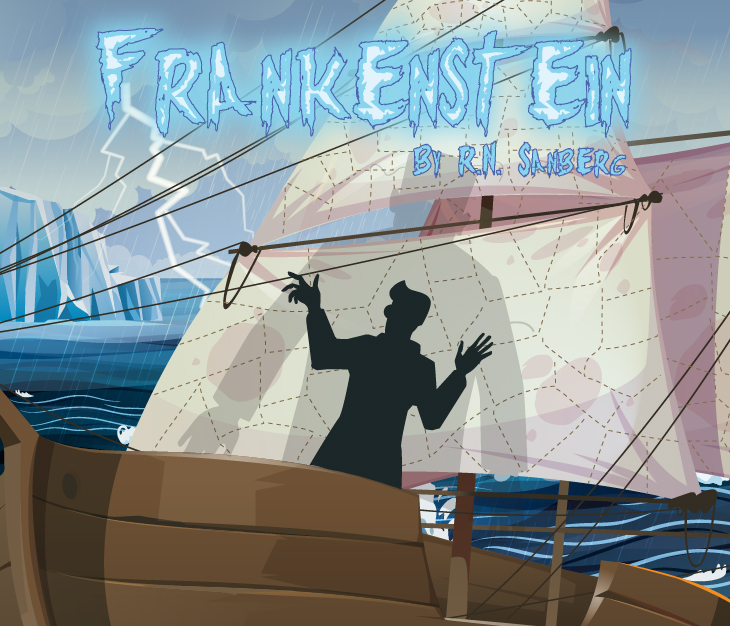 Stritch's macabre and electrifying take on the classic monster tale, just in time for Halloween!

The recorded version of our historical, covid-responsive "Shakespeare in the Park" production of "Twelfth Night" will be released on Friday, October 23.

Original Monologues and Poems written by Stritch Students inspired by the theme "Exploring Othering", Strith Shorts is a part of our year long discussion of the Common Read "So You Want to Talk About Race" by Ijeoma Oluo. Stritch Shorts will be released with a password and link to the Stritch Performing Arts mailing list.

A virtual Christmas Concert experience from the Stritch Community Orchestra, Contemporary Vocal Ensemble, and vocal music faculty. Get into the holiday spirit with music from the Stritch Performing Arts Department students and faculty!

"Once Upon a Time" is an exciting presentation of 8 original short fairy tales written by Stritch students and alumni, each with a unique moral and message. The fairy tales will be presented virtually in a video package appropriate for all ages, with fairy tales appropriate for ages 5K through 4th grade and beyond. The tales are voiced by current Stritch theater students and alumni, and illustrated by Stritch Graphic Design student including photographs of characters costumed by Stritch's Theater program.

Once Upon A Time will be released with a password and link to registered participants.

Enjoy selections from the Stritch Contemporary Vocal Ensemble, Stritch Community Orchestra, students, faculty and staff.
The Cardinal Stritch University Spring Musical Showcase, in response to current safety protocols and conditions, will be performed in a virtual format. It will be released Thursday, April 1 at noon CDT with a password and link sent to the Stritch Performing Arts mailing list.

Build your passion for the performing arts

At Stritch all students can participate in the Performing Arts. Whether or not you choose one of our accessible Majors or Minors to study, you can showcase your talents in theater productions and music performances held year round on campus. You can even fill elective credits and receive scholarship money for your participation. So go ahead and picture yourself on stage, behind the scenes, singing, dancing, designing, playing and flexing your creative muscles.

More about the Performing Arts

Stritch Performing Arts is located in the northwest quadrant of the Cardinal Stritch University campus in the Joan Steele Stein Center for Communication Studies/Fine Arts. Discounts are available for students/seniors and alumni. Call (414) 410-4171 or email the Box Office for more information.

*Stritch students can receive free admission to most shows with a valid Stritch ID. There are no pre-sales of free student tickets. To receive your free student ticket, you must pick your ticket up IN PERSON on the day of the performance you wish to attend. Tickets are subject to availability so students are encouraged to arrive early.  Box office is open 1 hour prior to each performance.

Continue your craft as you prepare for your career. The Theater program at Stritch is specifically designed to be a double major or minor.
The Theater program at Stritch introduces students to the origins and major developments in theater history, dramatic literature, and criticism and theory. Training includes hands-on involvement in a four-show professional-style production season in which students are afforded the opportunity to work in all areas of theater including acting, directing, stage management, dance, voice, stagecraft, costuming, lighting and properties.

"Once Upon a Time" school performances

Our school performances are a great way to introduce children to the magic of theater right in your neighborhood. To book your school for one of our performances, email Jennifer Cespedes at jmcespedes@stritch.edu or call (414) 410-4843.

Productions are geared for students from 5K to 4th grade but contain elements to delight students of any age. Performances range from 50-60 minutes.

Our tickets are priced as affordably as possible to make theater as accessible as possible to a wide range of audiences while still supporting our programming.  If your school has special financial needs that may require a special arrangement, please contact boxoffice@stritch.edu or call (414) 410-4169 to discuss some of our donor-supported programming.

ASL interpreted performances are available for most productions. Check schedule to find out which performance(s) will be supported.

All productions take place on the campus of Cardinal Stritch University in Fox Point, WI.

Preparing for your visit

Buses should plan on entering the Cardinal Stritch University campus on the northeast entrance to campus on Yates Rd. and traveling directly to the front of the Nancy Kendall Theater located in the Joan Steele Stein Center for Communication Studies and Fine Arts.  The northeast entrance is located just north of the 6801 Yates. Rd main entrance to the University (see map).  Busses will be greeted by a “Once Upon a Time” staff member and students will be ushered into the lobby for seating.  School groups will be seated together.

After drop off, buses may stage themselves in the back of Parking lot 5 for the short duration of the performance.  Buses should be instructed to line up to pick up students from the front of the Nancy Kendall Theater at 50 minutes past curtain time.

At the end of the performance, students and chaperones should remain seated in the theater.  Schools will be called one by one by the House Manager to exit the theater and be loaded onto their respective buses to return to school.

Any questions? Please email Jennifer Cespedes at jmcespedes@stritch.edu or call (414) 410-4843

Get involved with Stritch theater

Theater at Stritch is available to all students of the University with different levels of commitment.

Each season consists of a variety of productions including Classics, Contemporary Works and Musicals as well as Theater for Young Audiences offerings. Productions are mounted in the beautiful 400-seat proscenium-style Nancy Kendall MainStage Theater as well as our black box style intimate studio theater.

Students at Stritch can be involved in all areas of the production process both on stage and behind the scenes. Course credit in Theater Labs is offered for various positions depending on involvement. In addition, Stritch Performing Arts operates a full scale-scene shop and costume shop where students can earn work-study opportunities while assisting in mounting our full-scale season of productions.

Arts@Stritch is a new performing arts series hosted by Cardinal Stritch University that presents exciting professional performances on the beautiful main campus in Glendale, WI.  Inspired by the University’s rich Liberal Arts tradition, Arts@Stritch provides an opportunity to expand the landscape of exciting performing arts experiences for both the Stritch community, and the greater Milwaukee area as a whole.