Graduate of the Last Decade Alumni Award winner Jeff Zimpel, '09, brought the Italian piazza concept to Cardinal Stritch University in summer 2019 with his own special collective and interactive art installation. His inspiration for the project, which involved creative support and assistance from Senior Ethan Sorge, ’19, took root when he traveled to Italy as part of his art studies in 2005.

If someone would have told me back in the autumn of 2005 —my sophomore year of undergrad—that my 33rd summer would include: speaking at the Stritch Alumni Awards and All-University Reunion, celebrating my eighth wedding anniversary, and traveling to the Philippines for a painting commission, I would have had difficulty imagining it. At that time I was only in the early stages of developing the capacity to dream such dreams. I now refer to this capacity as "artist brain," which is the practice of radical imagination.

In September 2005, I was still adjusting from my summer studying art and communication in Italy. Two of my professors, Teri Wagner and Cheri Frey-Hartel, led a small group to the central Italian region of Umbria, with side trips to Florence and Rome. I look back at myself at that time and smirk—I was regularly playing a fool and my attention was scattered; still, the time abroad had a profound effect on my creative path.

On this trip I was only able to handle shallow breaths of beauty, culture and tradition, but they were potent. The experience introduced me to a transformed notion of old. It was the first time I ever really considered words like ritual or performance; my memory still flickers with images of fire dancers and the procession of the Corpus Christi clergy —a glowing, slow-moving river down ancient streets.

On this trip, the surrounding vines, sharp espresso and never-ending pasta urged my taste buds to mature, and the power of art revealed itself to me through a long string of encounters. I’m pretty sure my ideals were shaped while walking down Michelangelo’s Hall of Prisoners in the Galleria dell'Accademia di Firenze toward his David and while staying up all night drinking wine under the light of the Roman Colosseum.

More than anything, I was inspired by the concept of the piazza. In every town and city, we found our way to the central square; we gazed at life gathering by the fountain and rested next to every kind of human on the basilica steps. The piazza was the communal pulse of place, telling time and somehow growing from stone. 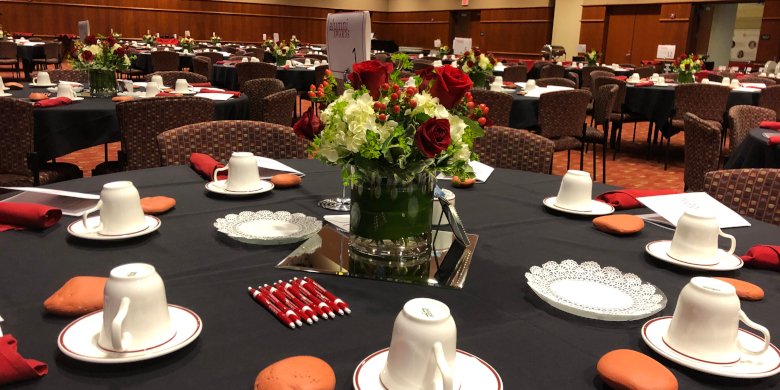 The Stritch Piazza is a moving, meandering work of art, one with long-term aspirations. It is a true manifestation of my “artist brain,” and it was set into motion back in 2005. This project will grow through the ritual of gathering, painting and placing stones to create temporary monuments throughout campus. The stones are a relatively simple, yet solid, symbol of the drive behind The Stritch Piazza project. The stones are old and have a haptic presence through their weight and smooth texture. They are activated by their bold color and respond to their green-space complement. I continue to gather and prepare stones and encourage those who encounter the project on campus to participate. I hope it serves as encouragement to move through the space in a new way and promotes radical imagination.

Jeff Zimpel founded Create Space MKE (createspacemke.com) with fellow Stritch alumnus Nick Schilz, ’13. The urban art collective with a social practice focus is a long-term, large-scale art project and brings together people with diverse points of view to answer the question “What does Milwaukee look like?” In addition, Zimpel served as an artistin-residence at Stritch and an artist educator with Arts@Large in Milwaukee. Today, some of his art is featured in the main hallway of the University’s Bonaventure Hall. Now, Zimpel is in pursuit of his master’s degree in art and social engagement at the University of Wisconsin—Milwaukee. Follow him on Instagram at @j.zimpel.

A Meditation in Stone

A stone can be just a stone.

A stone can be so much more than a stone.

A stone can break, shelter, and measure.

A stone can be sat upon, walked upon, and used to bake bread.

A stone can signify a moment in time and represent forever.

Hold fast to a stone!

Stack a stone, caress a stone, wish upon a stone

(just make sure to close your eyes!).

Walk a stone to a fountain and climb upon some Spanish Steps,

Remember that time in Italia and dream about the Piazza. 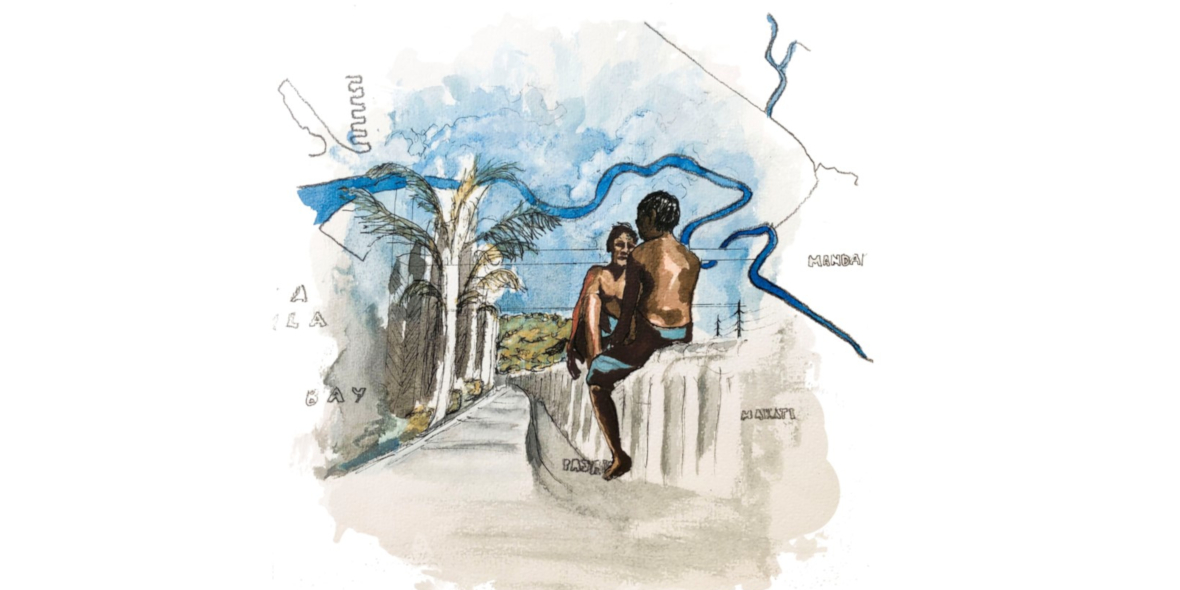 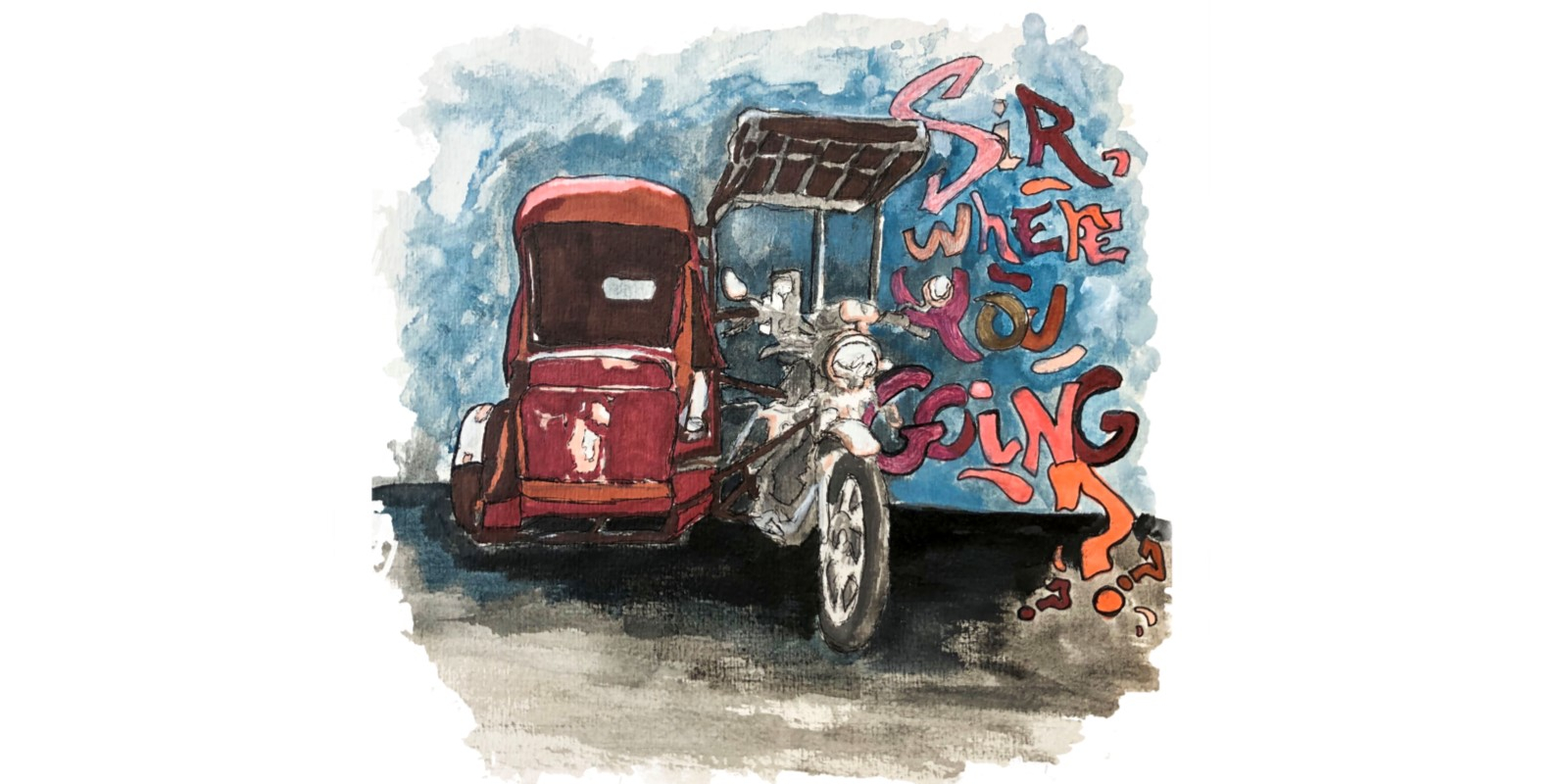 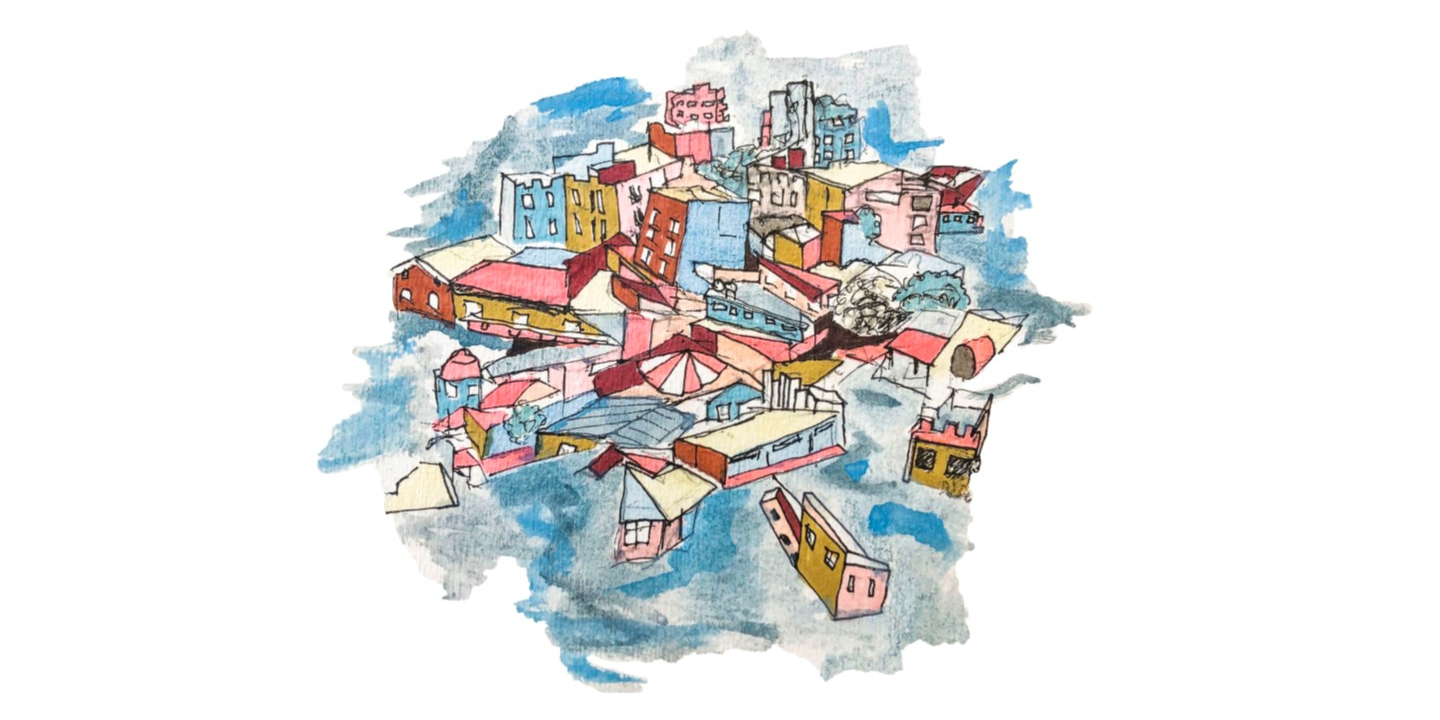 Commission in the Philippines stokes the artist brain

Makati is the hottest city in the world. It’s a clingy, toddler sort of hot – dusty and wet, carrying with it nagging notions of a long-term commitment. The presence of the Southeast Asian climate somehow feels familiar. Has my 33 years atop The Frozen Tundra instilled in me a unique form of temperature-consciousness? Makati Hot is, perhaps, the global complement to Wisconsin Cold.

I’m in the financial capital of the Philippines researching a painting commission and daydreaming about how well the Lake Michigan watershed operates like a packing plant cooling system. The reciprocal visualization for Makati is just as vivid – the concrete coils of the urban jazz blocks trap the heat, and cook the city into a frenzy. The sun embraces the business men in fashion brands and stoop sleepers all the same.

Resting in dead-center Metro Manila, Makati receives a relentless hug from its 15 sweaty, sister cities, and the million workers ooze between the narrow openings of the entangled familial mass.

fried organs on a stick red

Makati is a city of vibrant color; again, opposite of where I’m from. Like the late-April frost, Wisconsin cities are visually chilly, preferring palettes of blue glass, concrete grays, and soft creams. Contrast this to Makati in heat. It’s 3D Mondrian composition has outgrown its island planter – a crowded garden of sharp, overlapping polygons; jutting sheets of parched pigment, each structure’s surface sizzles ’neath the sun.

From above I watch the warm brew Pasig snake river slithering beneath the shadows of a concrete canopy. This coffee-drinking nation imports Japanese green and the tea-bag remnants swirl beneath the slow floating lilies… There’s a smell.

I see two boys, well aquatinted with the sun, climb out of the stew and straddle the guard rail and beam something brilliant.

It’s now 7:54 a.m. and I’m gazing out the lobby window onto steamy Makati Avenue. While I nestle into the front windowsill of my mind’s eye, I reach over and gently lower the needle onto my favorite mental jazz record.

Keepin’ up with the morning commute.

There’s a woman with a pink, yellow, blue, and red umbrella, and that’s the saddest looking Jollie Bee I’ve ever seen. “Tigidig!”

“Sir, Where you going?” asks the trike. The sweaty backs of the proletariat in chromed-out Jeepneys and a school girl making a beeline for José Rizal.

Here are a thousand little beeps just to let you know they’re alive – The hum and dialect of a super organism.

A mother towels down her little boy’s sweaty head in stride like my mother used to wipe my chapped nose – with love and aggression.

“Beep! Beep!” causes my focus to shift inside the moist glass window separating Makati Avenue from me, Spanish Key, and “Thank you Ssirrrr.” I move my gaze down onto a parallel pathway, a fast moving current of busy existence, the scale just 750 times smaller. I stare at the endless back and forth as they pass one another on Makati Avenue, moving in ant time to that Miles Davis horn.