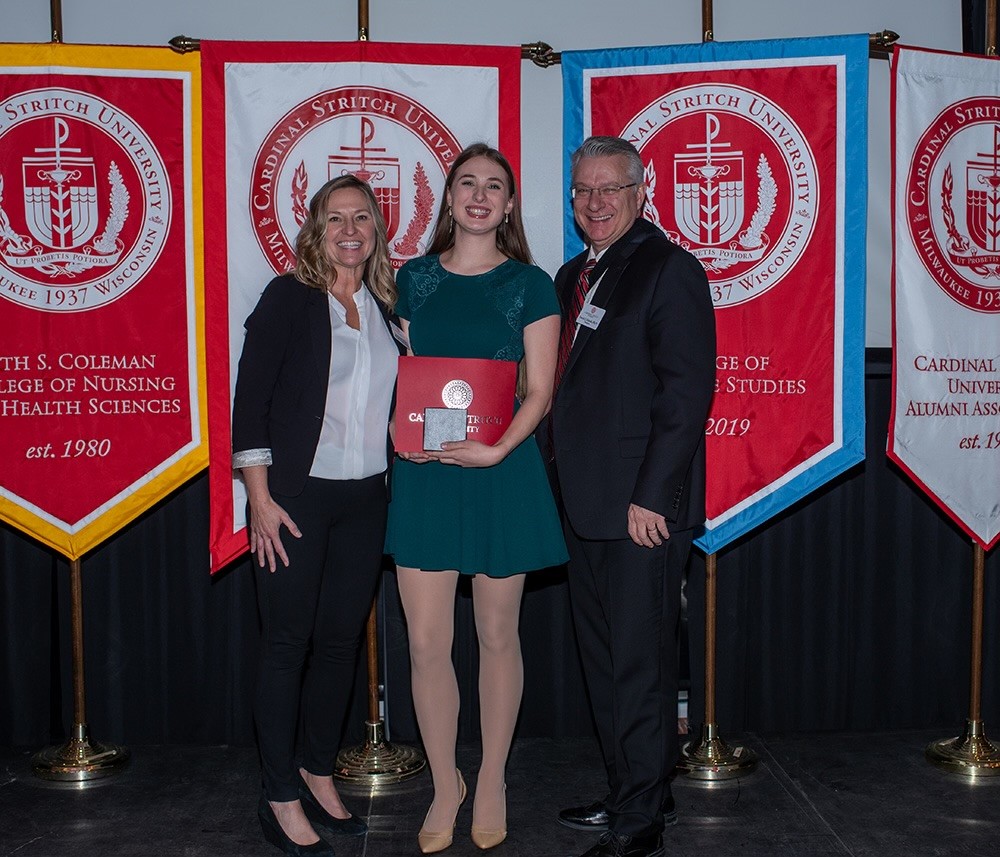 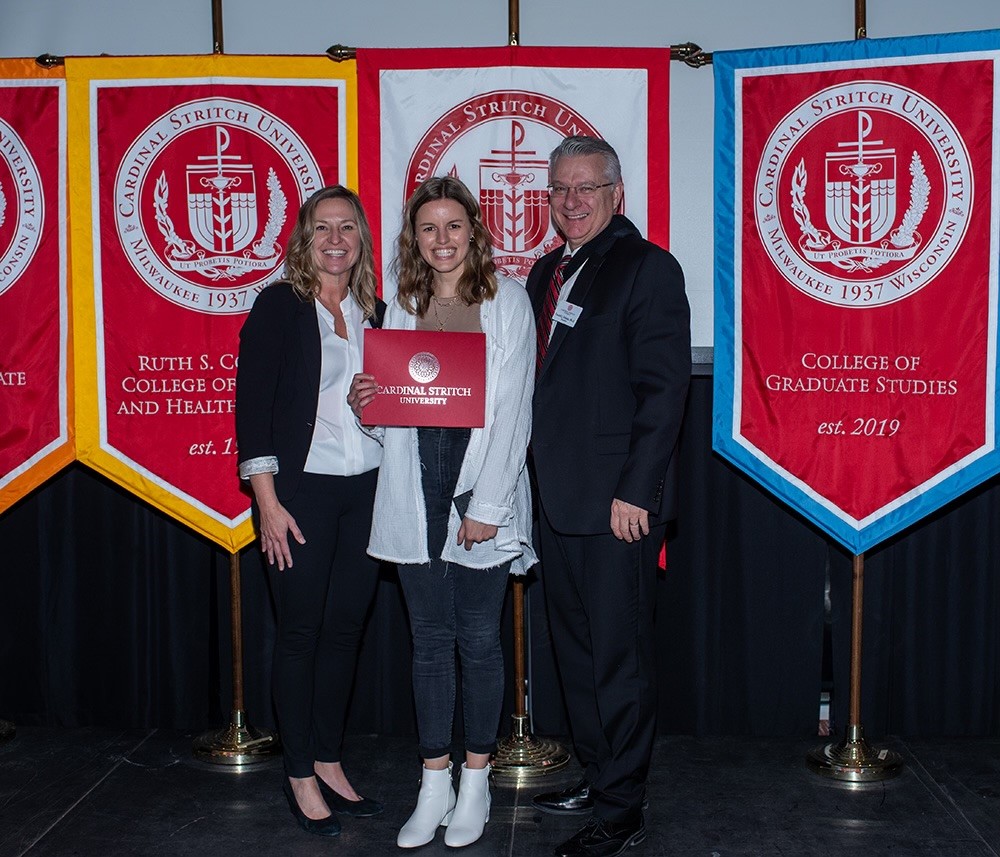 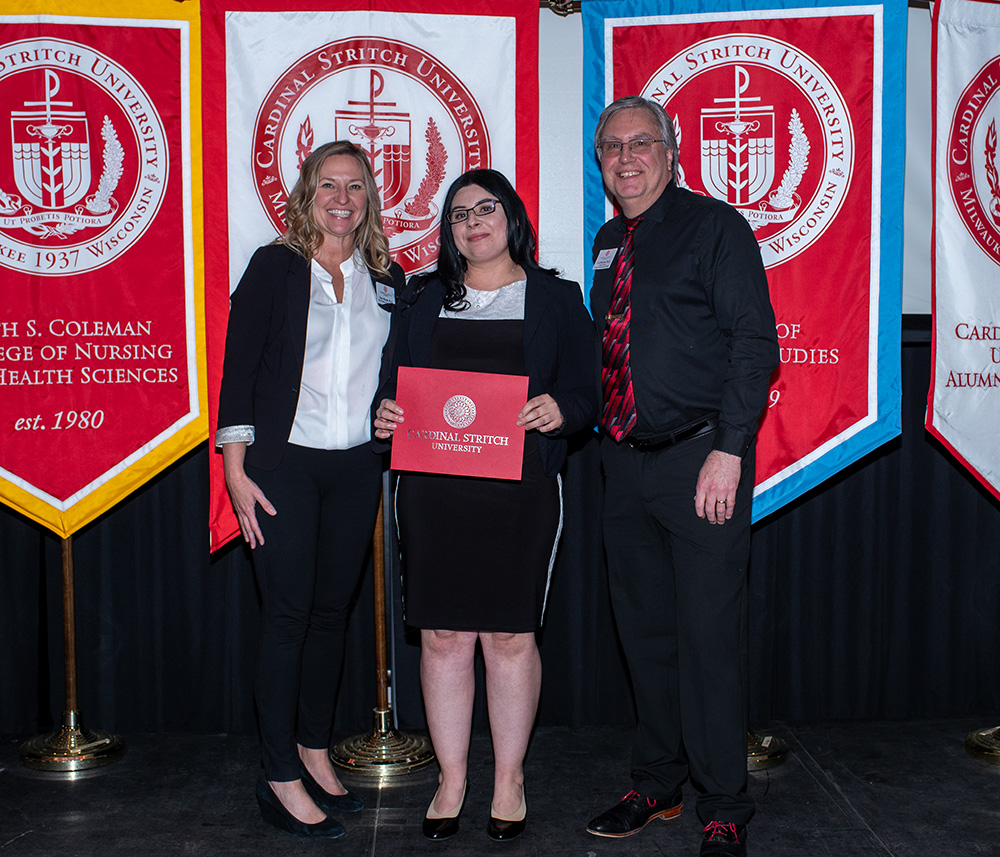 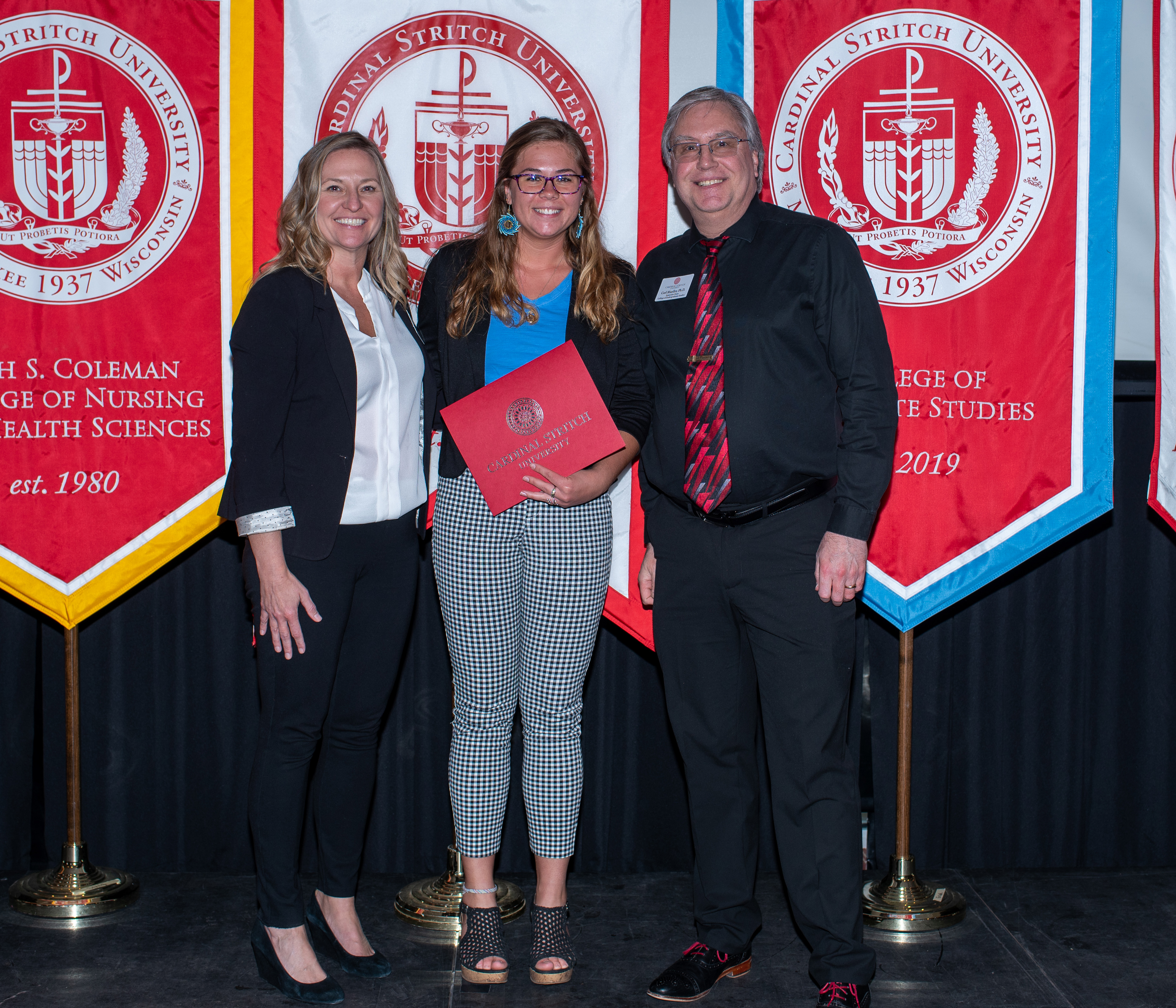 Cardinal Stritch University honored students for their outstanding academic, leadership, service and athletic achievement at a celebration on April 28.

Students who are graduating with academic honors and those who earned the highest GPA in their respective majors also were recognized.

The following awards were presented:

Diversity and Inclusion Award that recognizes a student who has demonstrated a commitment to the dignity of every human person, celebrates diversity and works actively to advocate for a more inclusive campus culture.

Samuel Cardinal Stritch Service Award is presented to a graduating senior in a traditional undergraduate program who has a history of exceptional service and academic excellence. The award honors the legacy of Milwaukee’s former Archbishop who was dedicated to Catholic education and encouraged the Sisters of St. Francis of Assisi to start this University.

Robert Flahive Essay Award is presented to the student who shared a reflection on how the Franciscan value of the year - Creating a Caring Community - made a difference in their lives.

Female Student-Athlete of the Year

Male Student-Athlete of the Year